“Our son Zac has Autism and he has been bullied constantly for the last 3 – 4 years” – Zac’s mum, Jodi

Fortunately, there’s a lot of light shining through this darkness. It’s a story that needs to be told.

How they set about making changes

Zac’s mother, Jodi, tells of the heartaches of all the family, unable to resolve what seemed to be an insurmountable problem with the incessant bullying. Zac was diagnosed with Autism when he was five years old and within two years of school life the bullying had begun. Jodi describes last year as “absolutely horrible”. The torment had taken its toll and Zac had spiralled into a very dark place, some days not even getting out of bed. It was impossible to get him to school some days. Desperate to turn the situation round, they set about making changes. They worked with the school counsellor telling him about Zac’s Autism. They told Zac’s peers about Autism and how it affected him. They arranged an appointment with a child psychiatrist. Zac was diagnosed with clinical depression and anxiety; medication was prescribed. 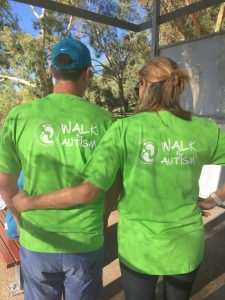 This year, the world is a brighter place for Zac and all his family. Jodi said that Zac has found it much easier at school with the kids knowing about his Autism as it creates a sense of acceptance. The family has not only overcome a major challenge— all bullying at school has ceased— but are keen to turn it into a positive. Along with the Autism Association’s recent call for help in raising awareness of Autism they have been very active doing just that. They have been advocating for Autism Awareness—in many and various ways— knowing that with understanding there can be acceptance. They are also promoting Anti-Bullying and Acceptance for all walks of life, mindful there must be more awareness of mental illness in children and the importance of early diagnosis. 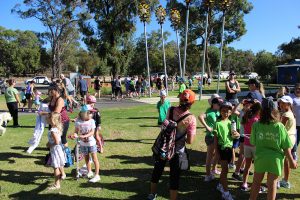 During the Association’s Autism Awareness week Zac created a team, Zac Attack, for a Walk for Autism. Along with his sister, Ava, Zac promoted the event at school which took place on 1 April at Bibra Lake. More than 120 people joined the walk and the Autism Association is a grateful recipient of $500 from pledges received on the day. As with all of the family’s projects and trials, an active participant was Zac’s younger sister Ava, who has been a staunch supporter of her brother throughout. Jodi speaks with great pride of her children:

“We are extremely proud of how our son has dealt with his challenges and is now out there helping others. We are proud of Ava, his sister, and the amount of understanding and support a nine year old can give. We are extremely lucky to call these beautiful children ours.”

To be the best they can be

Jodi describes it as part of the healing process when Zac wrote a song called ‘Trust’. His family love the song, feeling it promotes a good message for others going through similar difficulties. See Zac’s song on YouTube, written and sung by Zac.

Jodi said that their family will continue to work to raise awareness of Autism. Their aspirations for Zac will apply to all families where there is a child with Autism. They do not want their son or daughter to simply have to cope in the world—they want them to thrive to be the best they can be.